The European Union is going to finance the reinforcement of maritime security and the blue economy in Angola, with around 200,000 euros, and actions that involve the Ministry of Defense and the University of the Azores, among other partners, he announced.

The signing of the agreements, which bring together Angolan and European partners in dialogue initiatives in the areas of maritime security and the blue economy, is scheduled for Wednesday in Luanda.

"The approved actions aim to strengthen cooperation and strengthen political dialogue between Angolan and European institutions in the areas of maritime security and the blue economy. The funding allocated amounts to around 200,000 euros and will support the capacity of the Angolan navy, improving the management of Angola's pelagic resources and the management of fisheries and related maritime sectors in Angola", the statement said.

The Review of the Assessment of Small Pelagic Species, implemented by the National Institute of Fisheries and Marine Research of Angola and by the University of the Azores - Department of Oceanography and Fisheries, of Portugal is also part of the package of approved actions.

The Dialogue on the Blue Economy to improve the management of fisheries and other maritime sectors at national level, implemented by the National Directorate of Maritime Affairs of the Ministry of Agriculture and Fisheries of Angola and by Team Finland, in Finland, is also foreseen in the framework of approved actions.

"This event closes the cycle of the 1st call for proposals launched by the European Union-Angola Dialogue Facility in 2021", the note states, adding that the 2nd call "will be published during the first quarter of 2022 ".

The EU-Angola Dialogue Facility aims to support actions promoted by Angolan and European institutions to deepen the regular exchange of knowledge and good practices in the areas defined by the Angola-European Union Joint Path Agreement and which are relevant to the National Indicative Program of Angola 2014- 2020 and the 2018-2022 National Development Plan.

Government will invest around 145 million in animal vaccine production plant 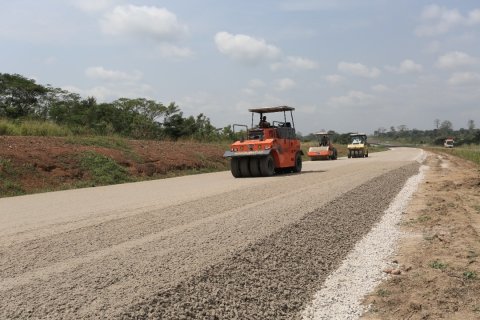