Following its preparation for the 2024 Dakar Rally, the Angolan Rally Raid team 'Angola Rally Team' will compete between the 29th of July and the 1st of August, the first edition of the Crono Rally, in South Africa.

After winning second place in the "SXS" category at the Kalahari Rally in September last year, and winning the Angolan Rally Raid Championship in the "E" class in 2021, the Angola Rally Team continues its preparation for in 2024 to compete in the international all-terrain race, the Dakar.

The team's next experience, the Crono Rally 2022, will take place between the 29th of July and the 1st of August in South Africa and will be another internationalization of the team, which seeks above all to obtain the maximum experience for the great challenge of the future.

"It is not possible to prepare for a challenge like the Dakar only with internal competition. For this reason, we seek to compete in international competitions with similar conditions to the Dakar, which are within the budget defined with our partners. For these reasons, Africa do Sul turns out to be a logical option for us. In 2023, we intend to raise the bar and compete in Morocco and the United Arab Emirates", said pilot João Lota, in a statement sent to VerAngola.

The Crono Rally 2022 will start from the city of Springbok, in South Africa, on the 29th of July, and will cover around 2000 timed kilometers over four days. The stages will cover an average of about 500 kilometers a day, and it will therefore be essential "to carry out a good management of the vehicle's mechanics, as well as to keep the focus on navigation, which is one of the main challenges in competitions of this nature".

Navigator Nuno Santos says that the team maintains the same approach as always, and argues that the main objective remains learning, considering the final classification a "gift" that may or may not reach the end of the race. "There are teams that have been doing competitions like this for over 30 years. We've already had the pleasure of meeting and learning from some of these people. brought you here," he said.

The Angola Rally Team is registered in the SXS category, with a CAN AM Maverick X3 car and will have the assistance service of the South African team "MOTO-NETIX". 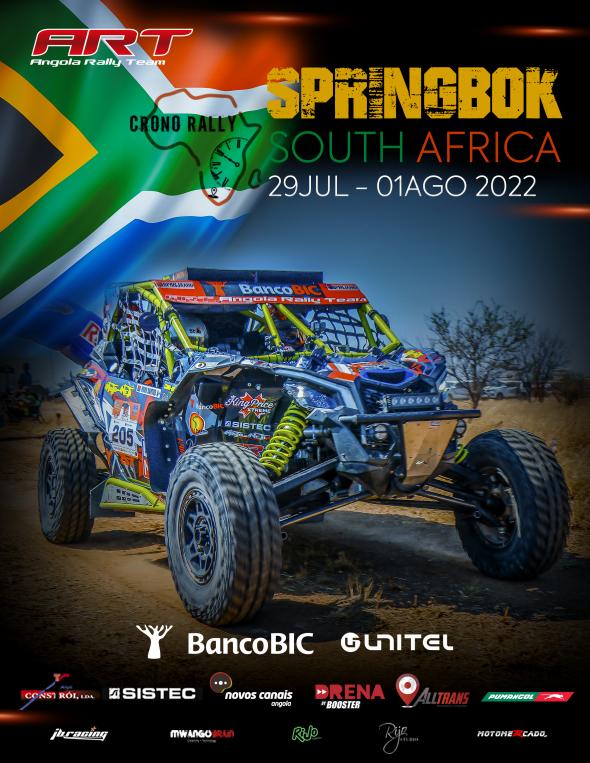 Macon opens first national route to the interior of Bié

Sona: the art of storytelling through drawings is a candidate for World Heritage