Documentary filmmaker about dance in Angola nominated for international award

The director of the documentary "Para lá dos meus passos" (in english "Beyond my steps"), which focuses on contemporary dance in our country, has been nominated for the Adiaha Awards for best African director.

"The prize to which the director Kamy Lara is nominated aims to recognise and encourage African women to tell stories of their countries and their reality through documentary format", can be read in a statement sent to VerAngola.

The Adiaha Awards are an initiative of the pan-African non-profit organisation Ladima Foundation. This organisation, according to the note, was created to "contribute to the correction of major gender imbalances in the film, television and content industries".

"Beyond my steps", which was produced by the Generation 80 and supported by the Economic Bank, will now return to the screens: the documentary will be screened at the Encounters Film Festival 2020, which this year will be held online and will have a partially free programming from 20th to 30th August.

Focusing on contemporary dance in the country, this documentary tells the "process of setting up the show shown in 2017 by the Companhia de Dança Contemporânea de Angola" and follows "the lives of five dancers who explore the concepts of tradition, culture, memory and identity, while questioning the transformation and deconstruction of these themes in their lives".

Angolan Embassy in Portugal laments the death of Waldemar Bastos 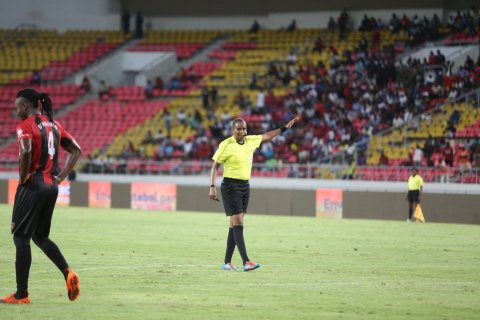 Referees guarantee technical conditions for the start of Girabola