Mário Augusto Caetano João, Minister of Economy and Planning, was distinguished with the African Leadership Magazine's Special Award for Excellence in the African Public Service. The award is intended to recognize the “remarkable and excellent leadership” of the minister as well as his “contributions to the socio-economic development of Angola”.

According to a statement from the ministry, to which VerAngola had access, this distinction - which took place on September 21, in New York, in the United States of America - was also based on "the creation of jobs and wealth", noting the "passion and contributions that have impacted" its internal and external community.

"An award given to Minister Mário Caetano João, was carefully selected by the board of consultants of African Leadrership Magazine in recognition of his outstanding and excellent leadership, contributions to the socio-economic development of Angola, as well as the creation of jobs and wealth, observing his passion and contributions that impacted its internal and external community", reads the note.

The statement also mentions that for this reason, the holder of the Economy and Planning portfolio was also "meritoriously highlighted as the face of Africa on the cover of the special edition of the African Leadership magazine in August/September, where his story is highlighted for posterity and bring it to a global audience as it inspires more young people, as well as positions him as one of the top investment-oriented ministers in Central Africa, presenting him as a minister who has investment as a serious concern".

The minister is thus on the exclusive list of African political, business and thought leaders who appeared on the cover of this magazine, joining names such as Patricia Scotland, secretary general of the Commonwealth, Akinwunmi Adesina, president of the African Development Bank, among others.

According to the note, the award gala took place at the 8th edition of the International Forum on Afro-Caribbean Leadership (IFAL), held on the sidelines of the 77th United Nations General Assembly, in the United States of America. 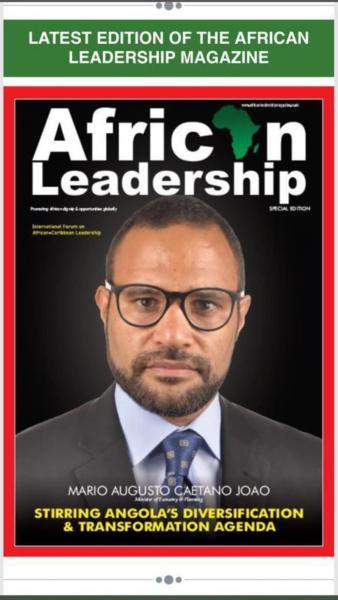 PR receives president of the Assembly of the Republic of Mozambique

Manuel Homem: “We are going to build 616 new health units in the next five years”