Singer Anselmo Ralph and comedian Gilmário Vemba will share the same stage for two shows that will combine music and humor. The 'battles' take place on November 11th and 12th, in Portugal.

On November 11th, the show will take place at Coliseu dos Recreios, in Lisbon. The next day, the show heads to the North of Portugal, taking place at the Altice Forum Braga, in Braga.

According to a statement from Grupo Chiado, it is "a bet that reconciles, in the same space and time, the melodies of Anselmo Ralph and the comedy of Gilmário Vemba".

According to the note, the singer will recall "several successful themes with interventions by the comedian".

"But Anselmo will not 'face' Gilmário alone. In this 'battle' which is expected to be quite challenging and lively, several of his friends, who are also singers, will jump in his defense to the limelight. Namely, Damásio Brothers, Ive Greice, Maura Airez and Tyoz", advances the note. 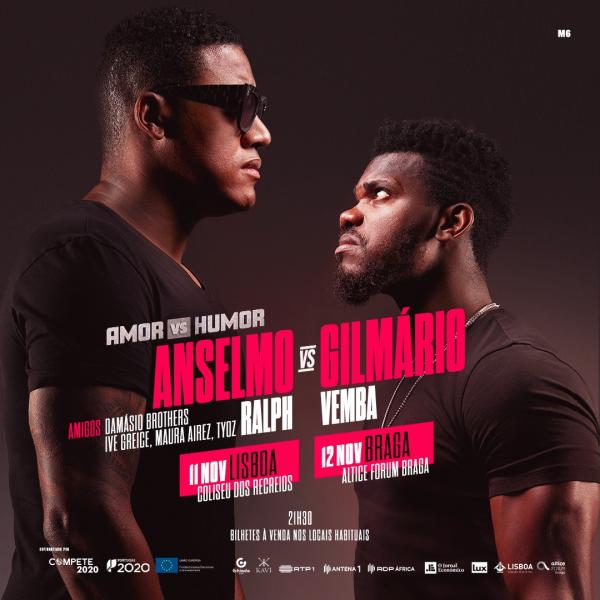 Bornito de Sousa at FILDA: “We can leave with a feeling that a lot of work is being done”

Private security controls 30,000 weapons that began to be collected this Friday