The government is going to proceed with two new private projects in the area of renewable energies, for the construction of a photovoltaic plant in the province of Huila and hydroelectric plants in Lunda Norte, according to diplomas consulted by Lusa.

In the first case, it is a photovoltaic plant with an initial capacity of 30 MWac/40MWp, which can reach 80MWac/100MWp in the second phase, to be built in Lubango, capital of the province of Huila,

By order, the President authorizes the signing of a memorandum of understanding, under a private investment model, between the Ministry of Energy and Water and the consortium of Total Eren and Angola Environment Technology, Limited to carry out feasibility studies of the plant, which include Environmental and Social Impact Studies, Connection of the Static Stability Network and Assessment of Economic and Financial Performance.

According to presidential order 91/20 of 19 June, the achievement of this goal presupposes the use of all energy sources that Angola has, particularly hydroelectric, which will fill 62 percent of the energy matrix, thus reaching the capacity of 9,000 megawatts (MW).

In another order, the President authorized the signing of a memorandum of understanding to carry out feasibility studies for the construction and operation of hydroelectric projects for independent contractors along the Cuango River in Lunda-Norte province.

In this project, the memorandum of understanding is initialled as a private investment between the Ministry of Energy and Water and the consortium of companies ELEKTRA - Electricidade e Águas de Angola, Limitada and Angola Hydro Holdco, Limited. 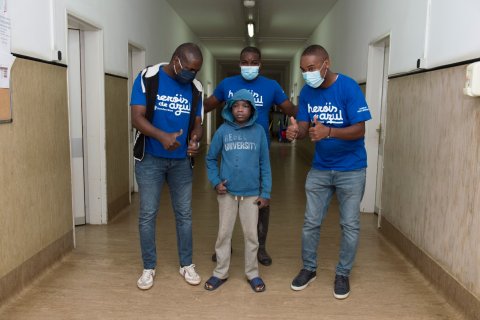