Os Tuneza return this Monday to the screens with the premiere of the program “Zongolando com os Tuneza”, which, along with the usual humour, will receive 34 national public figures, to provide viewers with interviews filled with humor and secrets. The program will also project the group across borders as it will be shown in Mozambique.

The premiere is scheduled for 9 pm this Monday, May 23, on Mundo FOX channel (500th position on DSTV).

A statement sent to VerAngola states that over the course of four months, always on Mondays, the program will receive several guests, to "bring out the most hidden and hilarious themes that everyone wants to know".

Viewers will have the opportunity to get to know better personalities from the world of television, theatre, music, sports, among other areas.

In each episode of the program, "a famous person will enter the house of Os Tuneza to talk about his life and his career, sharing fun moments with the viewers".

According to the statement, to welcome the guests, the group will be helped "by its 'faithful' employees: Dona Minga, the person in charge of domestic order; Zacarias, the flirtatious and daring handyman; Pedro, the extremely polite butler and Tiago, the security guard who wants to be a businessman".

Each of these characters will be interpreted by the elements of the group of humorists.

The Tunezas, who are satisfied and enthusiastic, say they believe that "this program will make a difference and liven up the weeks of the public that has been following the work of Mundo FOX in Angola for a long time".

After the premiere, the program will air on FOX World every Monday at 9 pm. 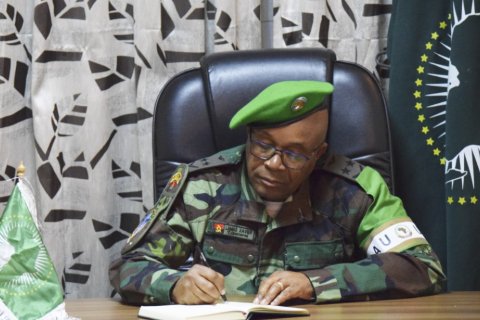