Minister of Commerce admits deterioration of products with closing of markets

The minister of industry and trade admitted Wednesday the possible deterioration of agricultural products due to lack of market outlets, some closed to contain covid-19, warning of the safeguarding of "a greater good".

Victor Fernandes, who was speaking at a press conference in Luanda, said that during the period of the state of emergency "where life is not normalised, companies and families will have to face some issues that are not of the day, which put pressure on everything".

The country enters this Wednesday for the fifth day of the second phase of the state of emergency, which runs until 25 April, in order to contain the spread of the new coronavirus, which in the country has 19 positive cases, including 12 active, two deaths and five recovered.

The first 15 days of the state of emergency in Angola ran from 27 March to 10 April.

Limiting the mobility of people and vehicles, as well as specific days and hours for the sale of food products at informal markets (Tuesdays, Thursdays and Saturdays between 6am and 1pm), are among the exceptional measures in force during this period.

According to the Minister, the fact that the presidential decree applying these rules limits the functioning of the markets leaves "some situations" unresolved, for which there are no solutions.

"We don't have solutions for these situations, because we are in emergency. Staying at home is not the same thing as being in circulation, it's actually a complicated situation but it's for the greater good", he stressed, when questioned by Lusa.

The alternative, observed the ruler, would be "community contagion that should be avoided".

"It's a difficult period, but we have to live with it", he stressed.

Many people linked to the informal sector, which represents an important part of the national economy, complain that they have no alternative but to go out and provide small services or sales, on which their daily income depends.

Luanda has been singled out as the province where there is most disrespect for the rules of the state of emergency. 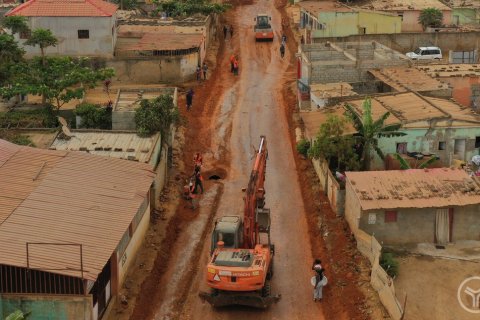