The telenovela, which features landscapes recorded in Luanda and Bié, has a strong cast. Among the faces that will give life to the national soap opera are Juddy da Conceição, Sílvio Nascimento and Lesliana Pereira.

The production, which will be broadcast on DStv's new channel, Kwenda Magic, is a national adaptation of the South African soap opera "The River". The novel tells the story of a wealthy family from Minas Gerais that is led by a matriarch who will do anything to hold on to power.

The premiere is scheduled for Monday, January 17 at 7:30 pm. Then the soap opera will be broadcast from Monday to Wednesday on Kwenda Magic.

According to a statement sent to VerAngola, the new DStv channel will also be launched on January 17, at 4:30 pm, on DStv channel 502.

This channel will be available to customers who have the DStv Família, DStv Grande, DStv Grande Mais, DStv Bué and DStv Mega packages.

In addition to the soap opera "O Rio", the channel will also show dubbed international content, such as "A Rapariga Chamada Feriah" and "Mulher". The statement added that weekdays will be dominated by a set of premium content while on weekends the channel will show films of various styles.

Luanda stage of the central act of the National Culture Day 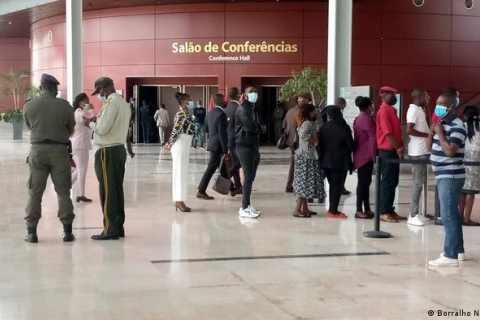