The Sociedade Mineira de Catoca, a diamond company, guaranteed that the damage that caused the pollution of the Lova River, in the province of Lunda Sul, has been stopped, highlighting “a significant improvement in the quality of the water”.

According to a statement from the General Directorate of Sociedade Mineira de Catoca, the damage recorded on 27 July last affected the pipeline of the dike in the tailings basin.

More specifically, the note indicates, there was a breach in the duct that works as a spillway, set up to ensure the safety of the structure in rainy seasons, which is completely sealed.

"The situation now resolved was recorded on the 27th of July, when the leakage of rejected pulp (high concentration of sand mixed with water) was identified, causing turbidity in the waters of the Lova River and adjacent areas, a situation that deserved a prompt response. of the Mining Society of Catoca", says the statement.

The mining company adds that, immediately, a set of mechanisms was used, "with a view to protecting the environment, with emphasis on closing the leak in the pipe from the beach" and "the construction of two began dikes for filtering suspended particles, allowing the passage of clear water to the course of adjacent rivers".

The company informs that it also carried out a survey in order to assess the impact on the environment and population agglomerates, having concluded that the situation registered did not represent a risk for the populations.

"To reduce the impact on the lives of the populations around the affected rivers, as a result of the turbidity of the water, the Sociedade Mineira de Catoca will, from Wednesday, August 11th, provide direct support to the villages with food baskets" , indicates the document.

Sociedade Mineira de Catoca, located in Lunda Sul province, is the fourth largest open pit mine in the world, responsible for more than 75 percent of the country's diamond production.

The company is the one that generates the most jobs in the private sector in this region of Angola, with more than 5,000 direct and indirect jobs, a number that could rise with the start of exploration in other projects, planned for the next few years. 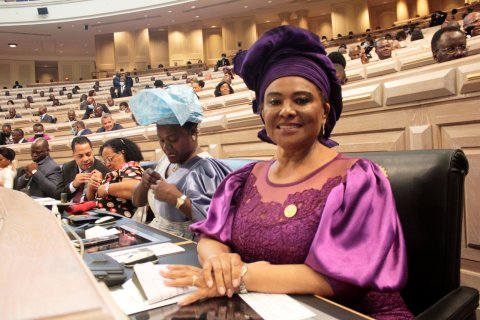