The President of the Republic travels this Monday to New York to participate on Wednesday in the special session of the United Nations Security Council called to assess the situation in the Central African Republic (CAR).

According to the secretary of the President of the Republic for Institutional Communication and Press Affairs, Luís Fernando, the head of State participates in the meeting as president of the International Conference for the Great Lakes Region (CIRGL), which he has led since November 2020.

"President João Lourenço is absent from the country for a few days to participate in favor of African diplomacy, in favor of peace and stability in the Great Lakes, specifically the security situation that has affected the Central African Republic for several years," said Luís Fernando to the press.

At the meeting of the United Nations Security Council, João Lourenço will review the situation "of everything that has been done under the leadership of Angola, in the collective effort to seek peace and security in CAR.

The President's spokesperson underlined that in January and April of this year, two mini-summits were held in Luanda at the initiative of the Angolan CIRGL presidency, an event to which were added three other meetings of the ministers of Foreign Affairs of Angola, Rwanda and RCA, in May and last June, in the city of Bangui, capital of RCA.

"All these [are] attempts to harmonize ideas and positions so that a roadmap is implemented that will ultimately lead to peace in that country, where the Government, among other major challenges, such as the harassment of negative forces, of different trends, ideologies and nuances, there is still a drama of not being able to acquire weapons, due to an internationally enacted embargo," he said.

Luís Fernando stressed that the president of CIRGL has advocated "openly for the end of this arms embargo".

President mourns the death of Kenneth Kaunda, “one of Africa's charismatic leaders” 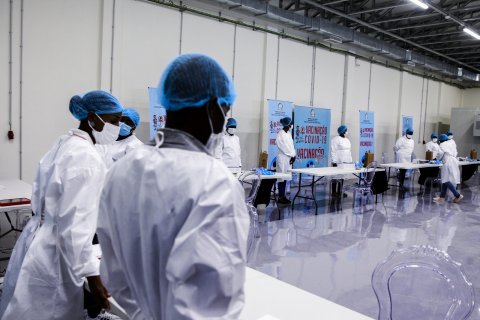 Authorized expenditure of 3.4 million dollars to audit the 2020 accounts of oil companies

PR: national economy expected to grow in 2022, but depends on fighting the pandemic