Institutional victimization: the Angolan police system and care for victims of criminal offenses

Criminal psychologist, writer and vice president of the Research and Biographies Center of Angola (CIBA)

Nowadays, the implementation and validity of victimological theory in the police system is frequently and widely discussed, insofar as the attention to victims of criminal acts is also an important aspect in a litigation process. With the passage of time and the advancement of science, there has been an increase in the number of countries that, to a lesser or greater extent, have started to pay special attention to matters that protect victims, through the reception and monitoring necessary for their restructuring. as an injured person.

In the course of the police action, we can notice a certain lack of attention to the victims. This fact has stymied the performance of the National Police and the Criminal Investigation Service - SIC, especially in cases of domestic and sexual violence. As in the cases of the transgressions described above – without losing sight of other forms of violence – the victims experience a process of humiliation, not only because they have suffered any type of violence, but also because the criminal’s action subjects them to stigmatization by part of the police system that is not prepared to support, pay due attention to victims in a first phase and promote follow-up, aiming to mitigate the harm borne by the victim.

It is worth mentioning that the exception is registered in situations in which the victim is a fundamental piece for the identification of the aggressor: there is an attention there that, in our view, is not an action aimed at the victim's psycho-emotional recovery, but a action whose ultimate aim is the solution of a crime by arresting the aggressor, without taking into account the destabilization caused to the victim. In fact, we warn here, the seriousness of the deficits that exist in our police system, about the fact of directing its actions exclusively to the person of the transgressor, thus contributing to the marginalization of the victim.

With that, such difficulties that are observed by many police operators in supporting and/or welcoming victims, have brought some consequences, among them, a strong incentive for not reporting the aggressions, and with that, there is what is called of hidden underreporting, which is characterized by the amount of crimes that do not come to the knowledge of the judicial system.

Thus, as in the Republic of Angola - in many cases - the victim has not received due post-crime attention, it is essential to intensify the debates on the permanent training of operators of the police system, with the aim of - along with the measures that must be made for the arrest of the aggressor - if there is an adequate follow-up to the victims. Naturally, the attention that must be given to victims of crimes is of great relevance to the Ministry of the Interior of Angola: with the current demands, in order to consolidate the process of social integration, it is essential to humanize police procedures, through permanent training of these.

And, in addition to the permanent training of police operators through basic training in Public Service, Social Work, Victimology, Psychology and Law (in addition to the application of the Victimology discipline in the higher education courses of the Police), we also think it will be advantageous for the design and implementation victim care centers within police stations; the elaboration of a reception plan and/or psychological, medical, etc., following the registration of the criminal occurrence. It is worth mentioning that such assistance must be continuous, even after the conclusion of the criminal process, since we consider it to be important for the social reintegration of the victim.

The opinion of... Paz Paulo António

Use of wastewater in agriculture: a mechanism to mitigate problems with water availability and basic sanitation

The opinion of... Heriwalter Domingos

Why should Non-Resident Foreign Exchange Investors Invest in the Angolan Capital Market? 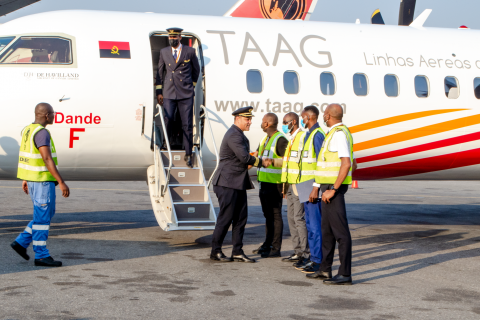