Teo No Beat considered the best producer in Angola

The young producer Teo No Beat was elected the “Best Producer in Angola” in the “Top Instagram” section of the Mundo Vip program, broadcast on the ZAP Viva Channel.

In front of producers such as Mallaria, Heavy C, Calô Pascoal, Dias Rodrigues, Livongh, Smash Midas, Dj Devictor, Detergente and Presilha Calei, Teo No Beat was the favorite of Angolans.

Remember that Teo No Beat belongs to Clé Entertainment, and is behind great hits such as "Vai de Devagar" by Preto Show and Anselmo Ralph, "Adoço" by Edgar Domingos, "Tamu Numa" by Fabious Biura and "Saia Dela " by Filho do Zua, among many other hits performed by renowned singers of national and international music.

ZAP reassumes its commitment to continue its efforts, so that the normality of the broadcasting of the ZAP Viva channel in Angola is soon restored, and that contents such as Mundo Vip can also make the Angolan public vibrate, the channel said in a statement sent to See Angola.

The country's oldest shoe shiner is still working. He is 85 years old and has been shining shoes for almost 50 years 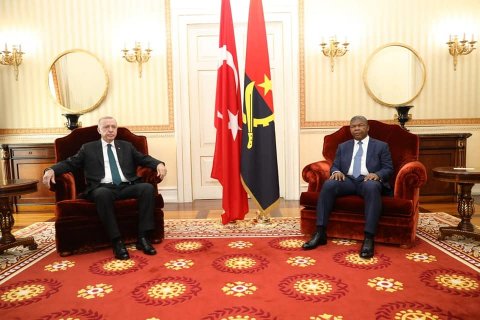