The reconstitution of a slave route in Angola, as a tourist product, with a focus on Afro-descendants in the American continent, is the proposal of researcher Afonso Vita in a doctoral thesis defended at the University of Coimbra.

The thesis was defended by researcher Afonso Vita, who is linked to the national tourism sector. In the document, Vita proposed the reconstitution of the history and geography of the slave routes and their transformation into a tourist product in Angola, which was one of the main emission sources between the 15th and 19th centuries (almost six million slaves).

"I have been working in tourism for more than 30 years and, as a lover of history and culture, I felt that there was a great opportunity for the development of tourism in Angola if we explore our history, our cultural heritage", he told the Lusa Afonso Vita agency.

The definition of the decade 2015-2024 by the United Nations as the decade of Afro-descendants and the observation by the researcher that there is an increase in the interest of those in discovering their origins led Afonso Vita to embark on a thesis on the subject, which started in 2013 and which ended in June.

In the thesis, the researcher proposed a route with four locations in the north of the country: Luanda, Massangano, Ambriz and Soyo. "As an operational project, it could not encompass the whole country", he justified, noting that each of the locations has traces of what was the slave trade, captured in the interior of the country, which then followed to the coast, where they embarked for the American continent. .

In Soyo, there are two points of interest, Mpinda (where there is a place where slaves were baptized) and Puerto Rico (where they were concentrated and sold on their way to Mpinda). In Ambriz, a coastal city north of Luanda, there is still the so-called Casa de Escravos, where slaves were stored and "went out in a tunnel to the place of embarkation", he said. In Massangano, east of Luanda, further from the coast, there is "the slave square", where slaves were gathered after being captured in the interior of the country and left for Luanda via the Kwanza River, he explained. The capital was already asserting itself at the time as the main port of embarkation, and the Museum of Slavery is also located there.

The route, although focused on slavery, also intends to pass through points in these locations that refer to Angolan culture, whose marks are present in cultural manifestations of Afro-descendant communities on the American continent, he stressed. "One of the objectives of the project is also to stimulate the creation and construction of new museums and monuments to better disseminate and promote our history", highlighted the researcher.

The project also proposes the valorization of figures who fought against slavery, such as political and military leaders of the kingdom of Congo, or slaves who took a prominent place in the fight against colonialism and slavery in Brazil.

With more than 150 million people of African descent on the American continent, the route's main objective is to captivate those tourists who seek to better understand their origins and roots, he stressed.

"Last year, President João Lourenço was in the state of Virginia, in the United States, and he became aware of a family that was descended from the first slaves, the Tucker family. They had a dinner and the president invited them to visit Angola. In March, three family members traveled to Angola and, later this year, the family organized itself with friends and intends to return to the country with 30 people, all of whom are of African descent," he reported.

"There is great interest on the part of the Government in seeing cultural tourism valued," he added.

However, the route also intends to dialogue with countries that actively participated in the exploitation of slavery, such as Portugal, France, Spain or England, assuming the tourist product as a "therapy to facilitate the approximation and interaction not only between the African diaspora, but with all citizens, especially those countries that were protagonists of the whole process".

In addition to the route, the researcher also proposes the creation of the International Festival of Encounter and Reencounter of Africanity in Angola, which may take place every two years in M'banza Kongo, the former capital of the Kongo kingdom and a world heritage site. .

"The implementation of the project for the reconstitution of slave routes in Angola is essential, as it will contribute to the rescue, appreciation and dissemination of the history of slavery in Angola, bring together Angolans and their diaspora, as well as improve the living conditions of the populations locations", concluded Afonso Vita. 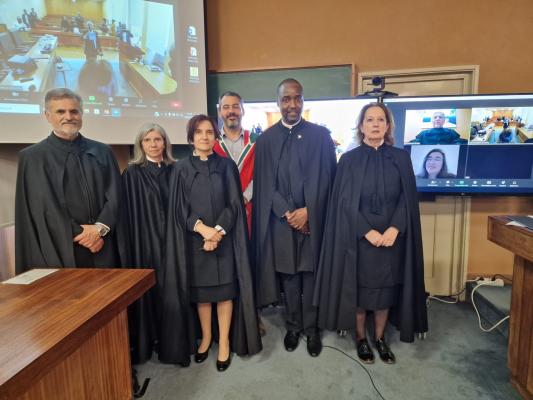 Sona: the art of storytelling through drawings is a candidate for World Heritage

Men vandalize cemetery in Benguela to steal lead from coffins

Zenildo dos Santos The opinion of...

Angolan athletics on the rise in the international scene

Angola grew 3.2 percent in the first half of the year supported by the diamond sector