The importance of electrification in Angola

Nowadays it is difficult or practically impossible to live without energy. We need it to do almost everything, from the simplest activities; how to iron clothes, the most complex; like water pasteurization, for example. In most cases, access to this precious and necessary asset for human survival is transported through a process called electrification.

Electrification refers to the provision of infrastructure for the supply of electricity. Angola is a country, which presents a very vast territory, with excellent resources, from oil, natural gas and Diamond. In addition to these resources, the country still has one of the most abundant hydroelectric resources on the African continent. In addition, Angola also has a potential for solar radiation for large-scale photovoltaic use, in almost the entire national territory and an abundant wind resource, almost in the same proportion.

Dealing with electrification is a huge social responsibility. Unfortunately, studies by Angolan researchers and academics, including me, show the sad reality: 65 percent of the population continues to live without electricity. The truth is that most of the Angolan population lives in rural areas, without access to roads and electricity. This population needs to travel on foot over great distances to obtain firewood or coal as a source of electricity generation, thereby enabling illiteracy; after all, it is adolescents and women who spend at least 4 to 6 hours a day, every day, looking for raw material, when they should take advantage of this time for learning or for carrying out a useful activity.

Electrification is becoming an extremely important issue for Angola, because the country has sought to make quantum leaps towards social and economic development, and has been targeting the interest of the private sector in the investment of future renewable energies. This would not be possible without, however, a structure capable of bringing electricity to consumers' homes.

Furthermore, electrification would improve people's quality of life. Angola has one of the highest demographic rates on the planet, population growth must be proportional to the energy supply.

It is not wrong to admit that we will not be able to achieve the longed-for national reconstruction, without first investing in electrification.

An action to increase electrification would reduce migration from the countryside to cities, in addition to intensifying rural activities in the most needy or most productive regions of the country; generating more wealth. With electrification, people who work during the day can take the opportunity to study at night, thus reducing the level of illiteracy, because with light, we can study at night and older people also gain the opportunity to put their finger on the pen and sit in a wallet.

In view of all this, a very serious effort and commitment on the part of competent entities is necessary in order to create new legislation for the electricity sector, with a view to making electrification a primary goal to be achieved in the coming years, and, not just a conversation; after all, electricity is a right of first instance, it cannot wait.

The opinion of... Lourenço Lopes

The opinion of... Neidelênio Baltazar Soares

Angola: the promise of better education (utopia or reality)

NGO concerned about complaints about interference in judicial processes

Casais opens more than 100 vacancies for the Angolan market

Fernanda Renée elected World Ambassador for Wetlands by the UN 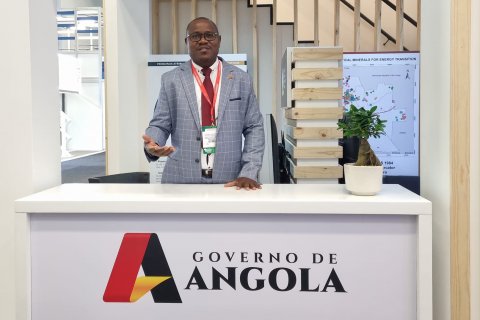