The leader of the National Union for the Total Independence of Angola (UNITA), Adalberto Costa Júnior, appealed this Saturday to the youth to vote in alternation, asking “not to be deceived” by the party in power for 46 years.

Adalberto Costa Júnior, who spoke this Saturday at the launch of UNITA's pre-election campaign, in the municipality of Cazenga, in Luanda, denounced the detention of many young people across the country as a form of intimidation.

"We have been following with great pain the arrest of many young people, out of respect for the independence of the judiciary, we were very silent, but we did not stay away from solidarity, there was never a lack of solidarity on our part", said Adalberto Costa Júnior in an impromptu speech lasting almost an hour and a half.

According to the UNITA leader, "a little throughout the country, for some time now" there have been arrests of several young people, in the provinces of Cuando Cubango, Benguela, Huíla, Luanda, Cabinda, Uíge, in Lundas, " throughout the national space".

"So that the strength of youth does not maintain this willingness to fight for a better future, so that young people feel threatened and frightened, in their desire to participate", he stressed.

The politician appealed for non-violence, recalling the acts and vandalism that took place in January this year in Luanda, following a taxi drivers' strike, in which some young people were arrested, a situation blamed on the party.

"When we identify the risk of violence, aggression against us, my friends, is not an act of cowardice, we will turn our backs and go the other way. Otherwise, everything is prepared to say that the fault is only on one side and we cannot put our foot on the banana peel", he said.

"Elections are a party, no one should be afraid of elections, elections are about giving the people the power they have always had to decide who governs us and we politicians must know that our mandate is temporary," he added.

The politician asked those present at the very crowded event and the Angolan population to "don't be fooled".

"You've all seen the game, haven't you? Are you going to be fooled again? The force of change is here, it's vast, in August it's the alternation of power", he said.

The UNITA leader urged those present to support the United Patriotic Front (FPU), an electoral platform, made up of UNITA, the Democratic Bloc party, the political project PRA-JA Servir Angola and civil society.

"We leaders and others, because society said it is with us and thinks the same way, we understand that we should format a broad democratic front for the political alternation of power in our country", he stressed.

According to Adalberto Costa Júnior, the electoral platform is not closed and remains open to the collaboration of civil society.

"This broad front of an electoral nature has a multiple commitment, which is not just the intention to make political alternation and govern. We have a multiple agreement, for a majority base in the National Assembly, we need your vote, your trust, to have in August the alternation of political power", he said.

Adalberto Costa Júnior informed that by the end of this month, UNITA's governance program will be presented, already presented in the previous elections, but now improved and adapted to the current reality, with society's ideas, for the enrichment of the programs.

The realization of local authorities, the constitutional revision, the reduction of powers of the President of the Republic and his direct choice in the elections, as well as the constitution of two autonomous regions, namely for the provinces of Cabinda and Luanda are some of the commitments of the program of governance of the largest opposition party.

The act, which was attended by the leader of the Democratic Bloc, Filomeno Vieira Lopes, took place within the scope of the general elections that Angola will hold in August this year.

João Lourenço travels this Friday to the United Arab Emirates 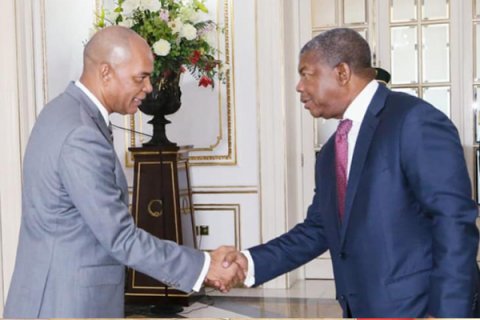 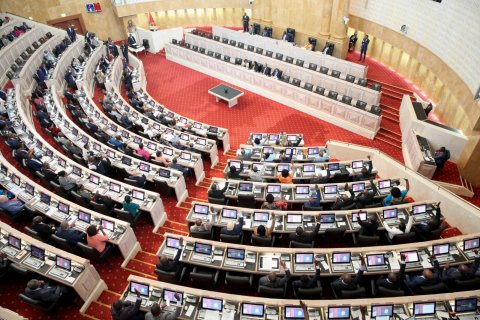